Nearly all fish living in saltwater aquarium tanks began their lives thousands of miles away on warm tropical reefs, according to For the Fishes (FTF), a nonprofit working to protect the future of reefs and wildlife. Many of these fragile fish die before reaching aquariums from poisoning, the stress of captivity or the inhumane practices used in handling and transport to the pet store.

“Most people have no idea that the saltwater fish they are buying for their aquarium were captured in the wild,” said Rene Umberger founder and executive director of FTF and a consultant to the HSUS and Humane Society International on coral reef wildlife issues. “Aquarium hobbyists automatically assume that they are buying fish that were bred in captivity.” 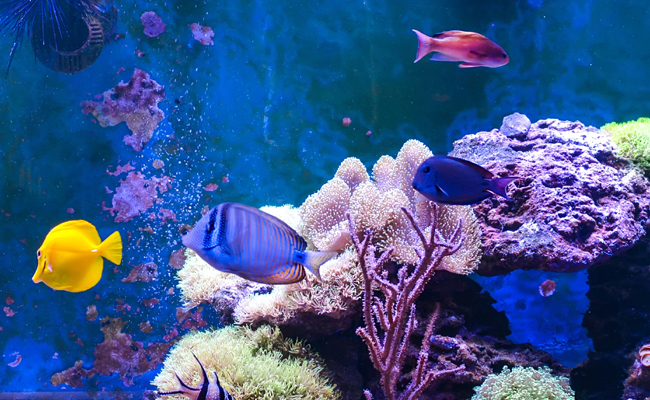 According to FTF, only 2 percent of fish species kept in saltwater tanks can be bred in captivity. The other 98 percent are among the most trafficked animals in the world. They are captured on reefs depleted and degraded from overfishing and cyanide use and exposed to ill treatment leading to prolonged suffering and premature death. On many tropical reefs, methods of wild capture include the illegal use of cyanide as a stunning agent, puncturing of organs, spine cutting and starvation prior to transport.

“It’s almost impossible to breed saltwater fish, which is why there are fewer than 60 species that are commercially available out of the 2,500 marine fish species that the U.S. currently imports for the aquarium industry,” Umberger said.

There are simple actions that environmentally-minded aquarium hobbyists can take to help stop the exploitation of marine life. The first, Umberger said, is to purchase only captive-bred fish for aquariums. She also recommends that those who are thinking about owning marine fish consider a virtual aquarium instead. It provides a low-cost and humane way to enjoy coral reefs.

Thinking of adding fish to your saltwater aquarium? Here’s a list of five captive-bred fish that do not contribute to the exploitation of wildlife and the destruction of coral reefs: